Fast forward to today Peter and Raymond purchased the store from Tino Montopoli and his wife, Christine Maloley. Both graduates of the class of 2006 at the University of Toronto, are now the proud owners of Stutt’s Pharmacy. They also acquired Diabetes Depot, a site dedicated to improving the lives of Canadians living with Diabetes, and providing patients with an extensive line of Diabetes Care Products, which includes Insulin Pump supplies. Peter and Raymond also currently own and operate 3 other independent community pharmacies. Their commitment to independent pharmacy and servicing small towns is one of the primary reasons they are owners of Stutt’s Pharmacy today. Tino is still on-board as a regular staff pharmacist and holds the title as manager of the Diabetes Depot.

Peter and Raymond share Tino’s deep interest in Diabetes as they echo one of Tino’s favourite pieces of advice for patients with diabetes is “The more you learn about your disease, the more liberated you become.” As Tino has had type 1 diabetes for more than five decades, he has learned just about everything there is to know about the disease, and thus speaks from experience.

In recent years Tino was part of a team that developed a pharmacist-led diabetes medication management program, which allows pharmacists “incredible latitude” to initiate insulin treatment and adjust doses on oral diabetes, hypertension and lipid-lowering drugs. Tino now spends one or two mornings a month providing individualized hour-long counselling sessions for diabetes patients. “Diabetes is a very complicated disease, impacted by so many factors like lifestyle, emotions and medications. It isn’t just about blood glucose,” he says. “It is very gratifying to know that I am really helping people to learn to help themselves through self-management.” 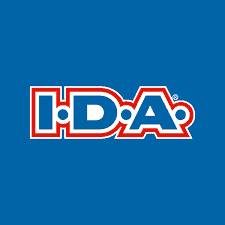